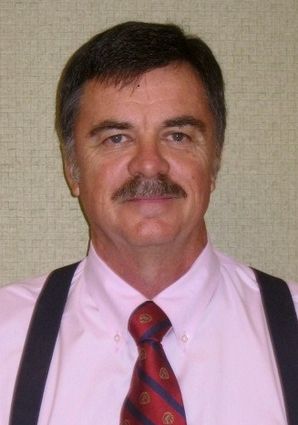 He was born November 30, 1949 in Springfield, Minnesota the son of Dean N. and Patricia (McCormack) Sinclair. He graduated from Wabasso High School and entered the United States Marine Corps during the Vietnam War. He was honorably discharged in 1974 with the rank of Sergeant. He received his BS degree in Hospital Administration from Southwest Minnesota State. On January 31, 1981 he was united in marriage to Karen M. Beranek in Libby, Montana. He was a member of Sacred Heart Catholic Church, a Rural Hospital Coalition, a Blue Cross and Blue Shield panel, and was a tireless advocate for rural health care. He enjoyed spending time with his family and horseback riding.

Mike joined Rooks County Health Center in 2009 and under his guidance the hospital experienced exceptional growth and he used his leadership abilities to establish a team culture. He unified relationships throughout the hospital as well as the county, creating a culture that was one of teamwork with the mindset that health and safety should be first and foremost in all initiatives. He oversaw the opening of the Stockton Medical Clinic and was vital to the recruiting of providers to staff the clinic. He broadened RCH's footprint even further, beyond the county's borders, with the opening of Doctors Without Delay, the first daily walk-in clinic offered in Northwest Kansas. Most recently he lent his foresight to unify the county's pre-hospital care to be coordinated via one Emergency Medical Services provider rather than through separate entities for each city. During his tenure, RCH earned national recognition being named one of the Top 100 Critical Access Hospitals in the United States by Becker's Hospital Review. RCH received the Kansas Healthcare Collaborative 2017 Leadership in Quality Award of Merit for innovation and quality improvement, one of only three Kansas Hospitals honored. He was instrumental in numerous hospital and service expansions at RCH including Doula and Lactation services, on-site MRI and Nuclear Medicine services, Physical Therapy and Cardiac Rehabilitation, and a new zero-entry pool and walking track for the community.

Survivors include his wife; Karen Sinclair of the home in Plainville, a son; Nolan Sinclair of Plainville, two daughters; Ann Klein and husband Chad of Portland, OR and Christine Dial and husband Skylar of Idaho Falls, ID, three brothers; Patrick Sinclair and wife Dorothy of St. Louis, MO, Dean Sinclair and wife Mary Jane of Tallahassee, FL, and Kevin Sinclair and wife Joan of Wabasso, MN, a sister; Sheila Snyder and husband Elvin of Junction City, OR, his father-in-law; George Beranek of Hays, two grandchildren; Alexandra and Braxton Dial, two brothers-in-law; James Beranek and Darrell Fuhr and his wife Marilyn, and numerous nieces and nephews.

He was preceded in death by his parents, a sister; Sandra Fuhr, and his mother-in-law; Marie Frances Beranek.

Mass of Christian Burial will be at 10:30 am on Monday, August 7, 2017 at Sacred Heart Catholic Church, Plainville. Private family inurnment will be at a later date. Visitation will be from 5:00 pm until 8:00 pm on Sunday and from 9:30 am until service time on Monday, all at the church. A vigil service will be at 6:00 pm on Sunday at the church. Memorials are suggested in Mike's memory to Rooks County Health Center Foundation or to the Plainville Cardinals Booster Club, in care of the Hays Memorial Chapel Funeral Home. Condolences may be left for the family at http://www.haysmemorial.com