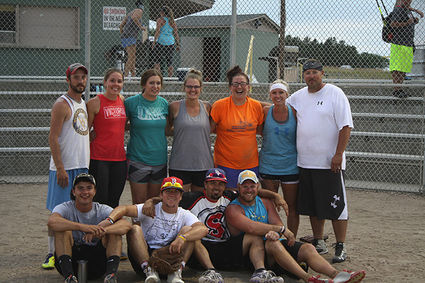 Just like years past the Kimball Co-Ed Softball League came to an end Friday night, July 28, under the lights with Team Autolok coming out on top for the 2017 regular season, followed by High West Energy in second.

With the team anxiously awaiting the bracket, and the tournament play to start on Saturday morning, July 29, games were set to kick off at 9 a.m.

The morning was very warm and muggy but at least the clouds were out in full force. Finally just after noon things started to cool off and it was perfect softball weather, for a while at least.

Games continued throughout the afternoon...