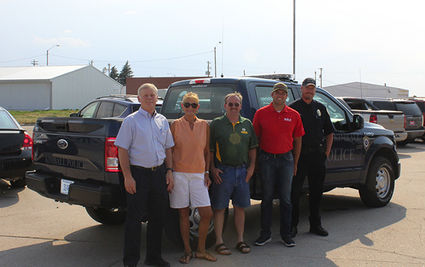 Officer received a report of a rattlesnake in the back yard of a local residence. Upon arrival, the reporting party said the snake had gotten away into the grass.

Officer received a report of a property dispute at a local residence. Officer advised the reporting party that it was a civil matter unless the other party attempted to enter the home, at which time the police should be notified.

Kimball Police Department was dispatched to a two...