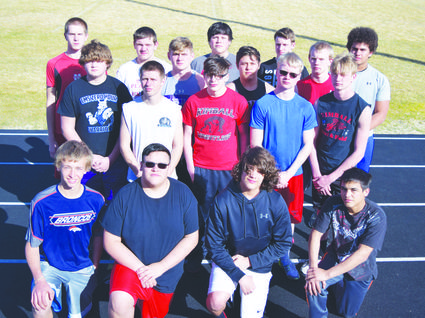 Coach Gene Mohr has high hopes for his Kimball High track team this spring with 29 boys and 15 girls checked out. The boy's sophomore class has the largest representation with 13 young men on the roster, followed by six juniors, five freshmen and five seniors. The girl's division lists five freshmen, four sophomores, three juniors and three seniors.

Looking first at the boys, coach Mohr has a returning state champion in senior Jaden Withrow who won the Class C triple jump last year with a hop-skip-jump of 44'1.75" and also brought home the fourth place medal in the long jump with a leap of...