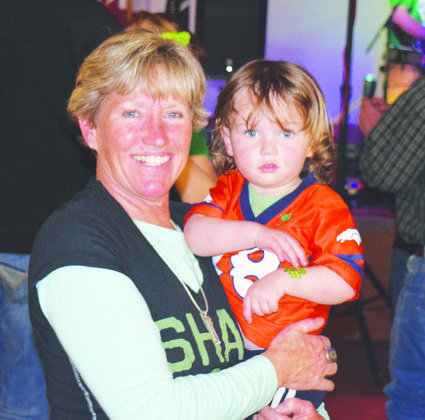 Sharon O'Hare and her adorable grandson, and her dance partner, Sunter Blocker stopped for a photo while they were on the dance floor.

Although the local VFW post had been declining for the past several years,an influx of new members with fresh ideas has rejuvenated the Post.

Last Friday, the VFW held a Saint Patrick's Day dinner and dance at the Kimball Event Center with hopes of breaking even, those hopes where shattered when over one hundred people of all ages showed up to enjoy the festivites.

According to Post Commander Andy Bremer, they had 57 pounds of corned beef and fixings which ran out within the first hour. It was a rousing success, he stated that, "We are absolutely doing this again next year!"