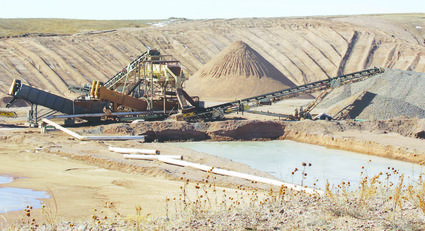 One Kimball County gravel mining operation. Commissioners are considering zoning changes that may effect gravel mining in the county.

In the past, the Nebraska Department of Roads was in charge of how and when the roads were repaired and they did a good job, according to Hottell. Now it is handled by the Federal Highway Administration and he has some concerns.

Hottell recently received a report that named roads were scheduled for additional gravel this year and estimated they would be spending approximately $100,000 a mile in gravel.