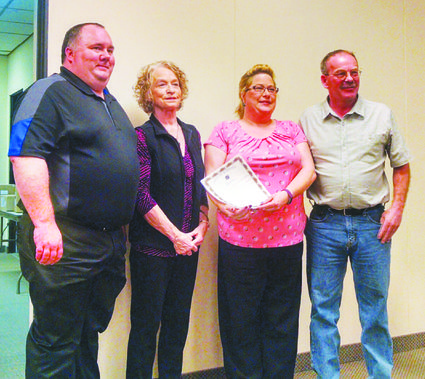 Mayor Keith Prunty acknowledged the dedication and commitment of George Risk Industries (GRI) to the community with a 50th Anniversary Proclamation at the Feb. 21 City Council meeting.

Opened in 1966, GRI, which has remained family owned and operated from its inception, has grown to employ 165 in Kimball and Gering.

Bonnie Risk accompanied her daughter, Stephanie, and son-in-law, Ryan McElroy to the meeting where Prunty presented them with a certificate commemorating the anniversary.