Withrow brothers to compete for the same team once again 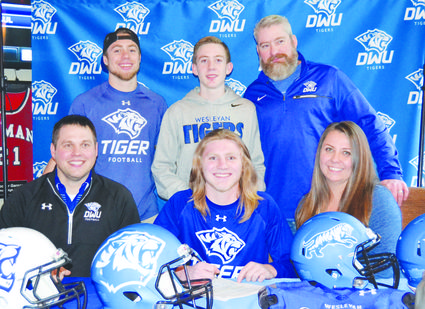 Kimball senior, Jaden Withrow, signed his letter of intent this past week to play football for the Dakota Wesleyan University Tigers. This means there will be two Withrow brothers on the Tiger roster as Jaden joins once again with his brother Jonathan, who just completed his second season at DWU. Jaden is one of two recruits who were signed strictly as athletes, meaning they could be looked at for various positions and various roles in the program.

When questioned about the possibility of competing in other sports as well, including track and field or basketball, sports he has excelled in...