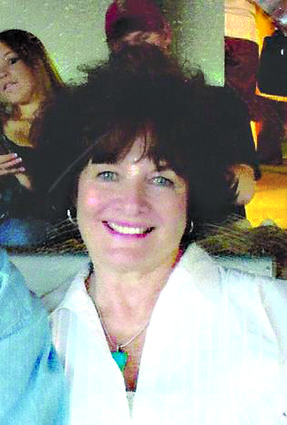 Carrie "Jo Ann" Moench, 78, of Kimball, died at her home in Kimball on Monday, January 16, 2017. Funeral services will be held at 10:00 a.m. on Friday, January 20, 2017 at St. John's Lutheran Church in Kimball with Pastor Kenneth Mars officiating. Burial will be in the Kimball Cemetery. There will be no visitation. Friends may also visit http://www.cantrellfh.com to view JoAnn's Tribute Wall and leave condolences and stories for the family. Memorials may be given in memory of Jo Ann to St. John's Lutheran Church. The services for Jo Ann have been entrusted to the Cantrell Funeral Home.

Carrie Jo Ann Moench was born in Oklahoma, City, Oklahoma on April 6, 1938, the daughter of Albert Faye and Hazel J. (Lackey) Hamilton. When she was 4, the family moved from Oklahoma to California as members of the dust bowl migration which was memorialized by John Steinbeck in his book "Grapes of Wrath". The family and other relatives made the Weed patch Camp near Bakersfield, CA, their home. Oilfield work brought the family back to Russell, Kansas where Jo Ann attended grade school through high school. In the mid 1950's the family moved to Kimball and Jo Ann married Wayne Nagel in 1957. She helped Wayne with their business, worked at the Kimball Observer and the Farm Bureau Agency. She was a devoted mother, grandmother and gardener. Jo Ann was baptized at St. John's Lutheran Church on January 6, 1958 and has been a member ever since. She has served as an Alter Guild member and in other church groups. She was a member of the Kimball Ambassadors and served as a teacher's aide where she was an advocate for all children, especially those with developmental disabilities. Jo Ann was widowed in 1997. She was married to Wesley Moench at St. John's Lutheran Church in October of 1998. The opportunity to travel gave Jo Ann a chance to explore her Cherokee heritage with visits to the Cherokee Nation capital and Culture Center in Tahlequah, Oklahoma, and the Trail of Tears Museum in Cherokee, North Carolina. Her special delight was getting together with her cousins in Hydro, Oklahoma, and her favorite place was the yard, especially the rose garden.