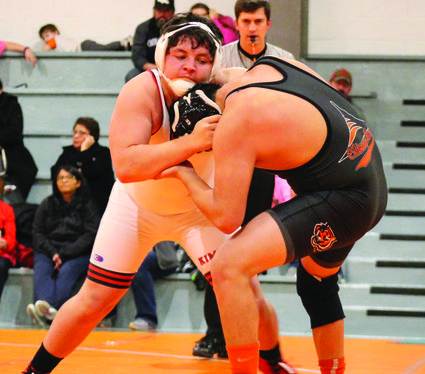 Izaak Glanz, at 182 gets ready to take a win over Bayard Tiger, Steven Tobacco, during the Akron, Colorado Tournament this past week.

The Kimball High wrestlers got the season underway this past week taking part in a dual with Bayard and the Akron, Colorado Tournament.

At the Bayard Dual coach Wade Brashear said, "We had several kids still working to make their weight plans so only a few wrestled. We only came away with one win, Izaak Glanz at 182, but ended up winning the dual as we had more wrestlers in open weight classes."