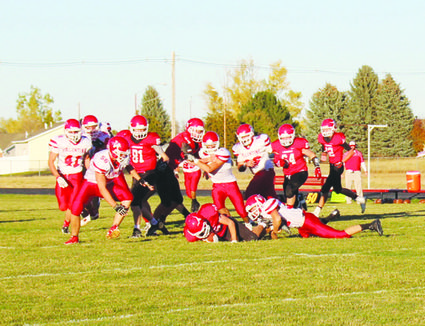 The Kimball Longhorn football team struggled against the state ranked Valentine Badgers. Despite the efforts of the offensive line, Longhorns receivers faced an aggressive opponent in the Badgers.

The 2016 football season came to an end Friday evening for the Kimball High Longhorns as they fell to the state ranked Valentine 40-0, but the score doesn't tell the entire story as the young Horns gave a good effort. Kimball played the visiting Badgers pretty even in the first quarter with neither team getting on the score board, and even at half time the Horns trailed just 14-0.

"I felt we did a very good job that first half and the kids bought into our game plan, but they (Valentine) made some adjustments at half time and they are simply a better and more talented team than we are and th...