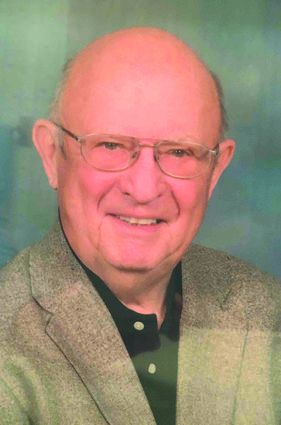 Cornelius "Corky" Koch, 84, of Kimball, died at Kimball Health services on Friday, September 23, 2016. Mass of Christian Burial will be held at 10:00 a.m. on Wednesday, Sept. 28, 2016 at St. Mary's Cathedral in Cheyenne, Wyoming with The Most Reverend Paul D. Etienne, DD, STL officiating. Christian Wake Service will be held at 7:00 p.m. on Tuesday at St. Mary's Cathedral with the Very Reverend August Koeune officiating. A memorial has been established to the Korean War Veterans Memorial at koreanwarvetsmemorial.org . Friends may visit http://www.cantrellfh.com to view Corky's Tribute Wall and leave condolences and stories for the family. The services for Corky have been entrusted to the Cantrell Funeral Home of Kimball.

Cornelius "Corky" Koch was born in Petersburg, Nebraska on April 25, 1932, the son of Anton and Susan (Goetzinger) Koch. After high school he entered the United States Army in January of 1953 and served during the Korean War. After being discharged he and his wife Ida J. Koch moved to Scottsbluff, Nebraska and he worked for the Nebraska Public Power District for 37 years. Corky was an active member at St. Agnes Catholic Church in Scottsbluff and he volunteered as a fire fighter for 15 years. His real enjoyment in life was his involvement in the Scottsbluff Elks Lodge.