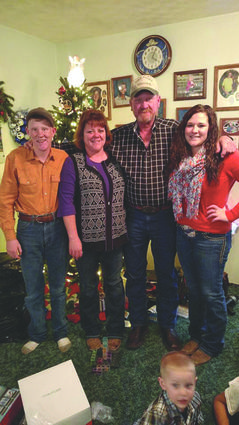 Lane, Brandie, Keith and Monica Wasielewski continue a long tradition of caring for the land and feeding the world.

Mossberg was born and raised on a farm in Kimball County and graduated from Kimball High School in 1937.

She raised her three children, Elsie, Kenneth and Marshall, in the same way, on the farm and in Kimball schools.

"We farmed in Banner County, but we lived in Kimball County," Mossberg said. "They are still taking care of the farm."

Making Kimball her lifelong hometown was never a question for Mossberg, an...