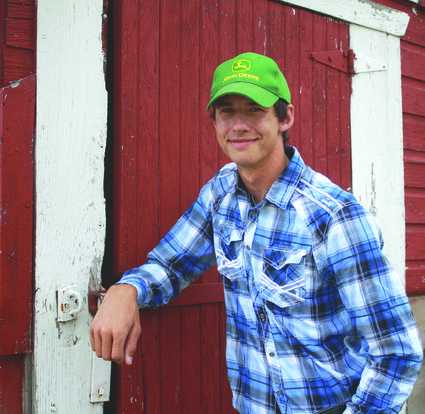 Michael Ferguson doesn't encourage others to take on a fire alone, but he said he would do it all again.

Michael Ferguson, 20, son of Kerry and Jeri, and a 2015 Kimball High graduate will be starting his second year of college at the University of Nebraska, Lincoln in less than two weeks. He is studying Agriculture and Environmental Sciences Communications with plans to return to Kimball in hopes to use what he's learned for both a career in radio, as well as ranching and farming.

Ferguson has spent this summer at home here in Kimball, helping his family with their farming and ranching activities. While working wheat harvest on July 24, an electrical storm blew in and his crew decided to head...