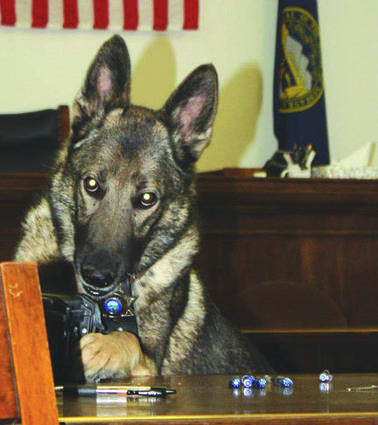 Fritz and Kimball Sheriff's Deputy Brandon Loy graduated their training on Jan. 14, 2012 and have been attached at the hip since, according to Loy.

At nearly nine years old, Fritz was nearing retirement age when he was rushed to Prairie Animal Hospital in Kimball Sunday evening and died within minutes.

"I received a call from Deputy Brandon Loy at approximately 7:20 p.m., that he was in route to Prairie Animal Hospital as Fritz was very ill," Sheriff Harry Gillway...