Riding bikes and changing lives, one home at a time 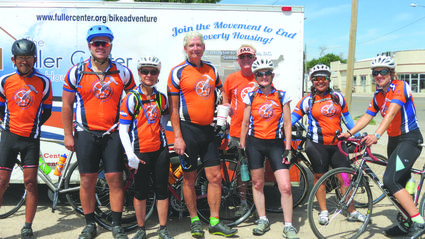 For eight years the Fuller Center Bicycle Adventure organization has gathered hundreds of people throughout the country in groups of volunteers who come to ride bikes together and help change lives together in a positive way – by building homes.

These groups are made up of persons from different cities and states throughout the nation who are motivated to make a difference home by home along their journey. This group's journey began in Seattle, Wash., and will end in Washington, D.C.

One such group was spotted along Highway 30 in Kimball on Monday, July 18, as they arrived from Cheyenne,...