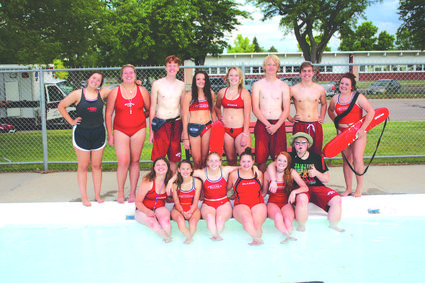 The Kimball Public Swimming Pool is fully staffed for the year, and Director Carla Goranson is happy with her guards, though many are new.

"I have never had this many new guards," she said. "That could make you nervous, but these kids are so attentive and they act like they are seasoned guards."

The crew recently had a rescue training. The guards were broken up into groups to work on their rescue techniques.