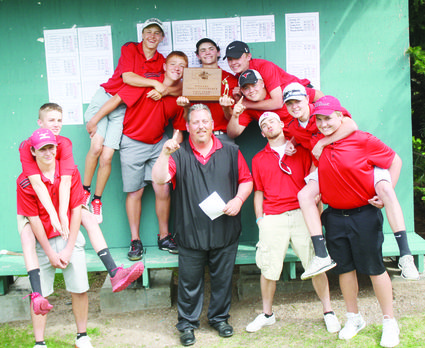 Two more tournaments and two more wins for the Kimball High Golf Team. This past Thursday, Kimball hosted both the Western Trails Conference Tournament and the Kimball Invitational with separate scoring. The Longhorns won both divisions with their lowest team score of the season capturing the top honors with 316. Not only was the Kimball team a double winner on the day, but so was Kimball junior Jordan Greenwood who won both division medalist titles with his par round of 72.

In the Western Trails Conference Tournament, Bridgeport was runnerup finishing 31 strokes back of Kimball with a sco...