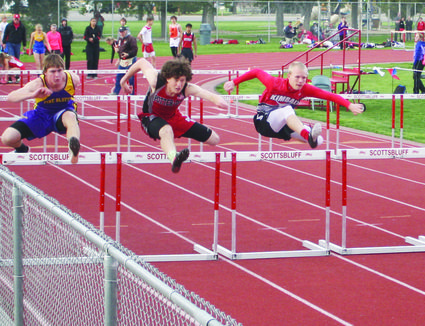 Jaden Withrow and Trent Rutledge picked the best time to have their best efforts at the Best of the West Track and Field Classic, track and field meet, held Monday evening at Bearcat Stadium in Scottsbluff.

Withrow had a career best triple jump of 43'7.75" to capture the gold medal,well ahead of second place Mitch Porter of Sidney with his leap of 41'6.75" The talented Kimball junior also saw the medal stand a second time to receive a third place medal in the long jump with his season best jump of 21'0". A very good night for Mr. Withrow as he readies for the district and hopefully state m...