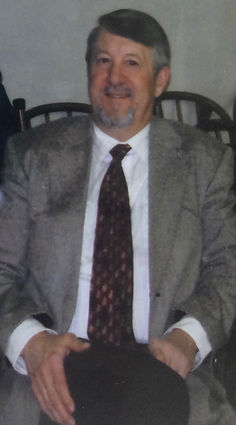 Virgil Arnon Johnson Jr., "Pastor J," 63, of Dix, died at his home in Dix on Tuesday, March 22, 2016. Funeral services will be held at 11:00 a.m. on Tuesday, March 29, 2016 at the Cantrell Funeral Home in Kimball with Pastor Matthew Lim officiating. Burial will be held in the Redington Cemetery at 3:30 p.m. Friends may call at the funeral home on Monday from 1:00 until 6:00 p.m. Friends may also visit http://www.cantrellfh.com to view Virgil's Tribute Wall and leave condolences and stories for the family. Memorials may be given to Kimball County Ambulance Service, Dix Volunteer Fire Department, and Cornerstone Bible Institute, PO Box 1158, Hot Springs, SD, 57747. The services for Virgil have been entrusted to the Cantrell Funeral Home.

Virgil Arnon Johnson was born in Douglas County, Nebraska on January 31, 1953, the son of Virgil Sr. and Eleanor (Puckett) Johnson. Virgil graduated from Friend High School in 1971, from Frontier School of the Bible in LaGrange, WY in 1974. Virgil and Susan Kay Bennett from Bridgeport, NE met at Frontier and were married on May 18, 1975 in Redington, NE. Last year they celebrated their 40th anniversary. Virgil and Susan first settled in Lyman, Nebraska where Virgil had worked during the summers since high school.  They moved to Hutchinson, KS in 1976 where Virgil worked in construction, automotive warehousing and church ministry for 12 years.Virgil and Susan and their family attended Missions Institute and served with New Tribes Mission from 1988-1995.  As missionaries, they lived in Ivory Coast, West Africa from 1991-1995.  Virgil served the Dix Bible Church and Kimball and Cheyenne counties as pastor from 1995 until his death. Virgil worked for many community organizations, including the Kimball Ambulance Service, the Dix VFD, and several area farmers. He also served on the Board of Directors of Cornerstone Bible Institute in Hot Springs, SD. While he will be remembered for many things including his love of Nebraska football, talk radio, a love of coffee, and a love for his family, Virgil also leaves a legacy that touched people in many parts of the world. The legacy of lasting significance being his faith in Jesus Christ, whose death and resurrection give hope and peace and the promise of reconciliation with God. Virgil first trusted Christ at the age of 7. He and his family were faithful at Friend Bible Church, beginning a pattern of faithfulness to God, His Word and ministry that continued until his death.