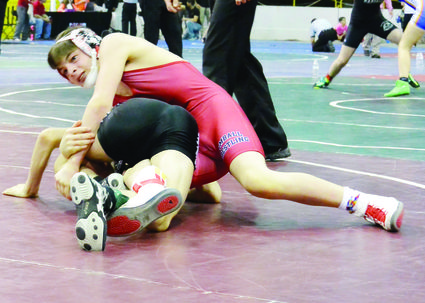 The Kimball High Wrestling program appears to be on the right track with improvement showed this past season and everyone returning next year. The highlight of the season was sophomore Garrett Pedersen qualifying for the State Tournament and charting a win at the state tourney. Pedersen wound up the year with a record of 16-16 for the team's best win-loss record. Pedersen wrestled at 120 pounds this season.