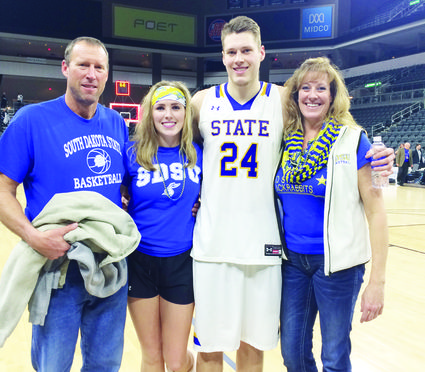 Mike Daum and his family at the Summit League Conference Tournament in Sioux Falls, S.D. The former Kimball High standout has excelled all season for South Dakota State University.

He accomplished all of this in his first year of Division one basketball as a red-shirt freshman.

The Summit League Conference Tournament is underway right now and Daum was the key player for the Jackrabbits in two wins in tournament play. In a 73-70 win over Oral Roberts he led his team with 26 points, a career hig...