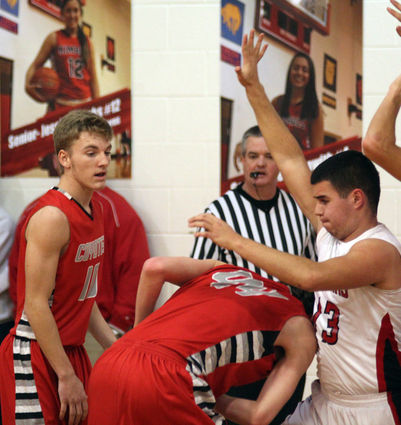 Enrique Cajero, right, guards a Potter-Dix player earlier this season. He is one of four seniors that the Longhorns will miss in the 2015-16 season.

The 2014-15 Kimball High boys basketball team had a real challenge this past season ending up with 6 wins and 14 losses. After graduating their two talented big guys who played such major roles the past two seasons, referring to Mike Daum and Jake Reader, this year's Longhorns lacked the height they could have used, plus they faced a lot of very talented teams this season as well.

Luke Dea, long time assistant, took over the head role this season after Bruce Tjosvold resigned the position and in all fairness, he did a good job with the club. He expected, and received good sportsmanship; an...