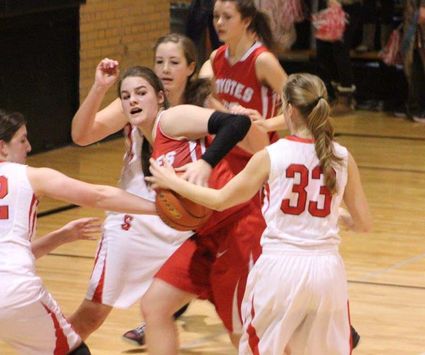 OGALLALA – Though the Potter-Dix High Lady Coyotes made a furious comeback attempt in the fourth quarter of their D1-12 semifinal game at the Auditorium in Ogallala last Tuesday night, their season came to an abrupt end in a 39-36 setback to the Sutherland Lady Sailors.

While the Lady Coyotes trailed throughout much of the game, they managed to tie the score late in the final period at 36 after an 11-2 surge. A late layup by the Sailors' Kaley Stokey, however, was the final field goal of the game. The Sailors' added a free throw after Potter-Dix was forced to foul.