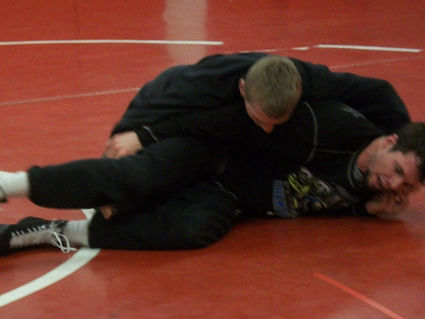 Clay Keller spars with coach Wade Brashear during Monday's practice. Keller, a freshman, qualified for the state tournament in the 132 weight class.

Keller won three of his four matches, losing only in the championship match to run his s...