Longhorns fall to Mitchell in overtime 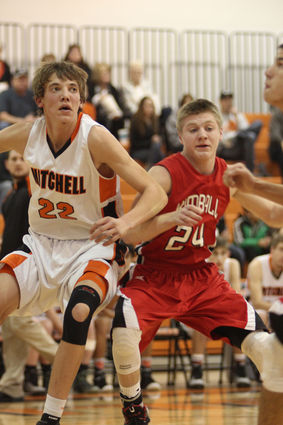 The Kimball boys lost a heart breaker in first round play of the WTC Conference basketball tournament falling to Mitchell 43-40 in overtime. The Longhorns were the number 5 seed and had to travel to number 4 seed Mitchell for their Thursday night contest and it was a battle from start to finish.

Kimball got out to a 10-4 lead after one quarter of play with Jon Withrow hitting a pair of treys and Michael Ferguson getting a pair of 2 point field goals. At half time Kimball was still on top 21-17 and held a 1 point lead going into the fourth period. The Horns had a couple of good looks to sco...