A look at high school team play for 2014 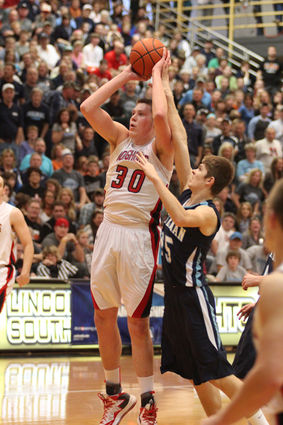 Mike Daum lifts a shot over a Freeman defender in the state tournament last year. The Longhorns finished the 2013-14 campaign with a 22-4 overall record.

The Kimball boys basketball team had a season for the record books. The Longhorns earned a bid to state and finished 22-4 overall, tying the school record for most victories in a season. They also won the Western Trails Conference tournament for the eighth consecutive year.