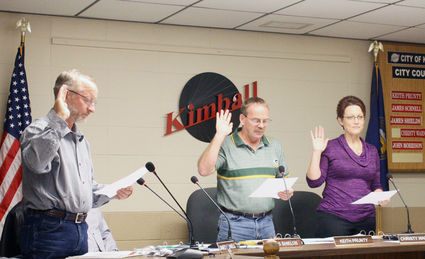 The Dec. 2 Kimball City Council meeting brought in a new mayor and council members while other said their farewells.

The meeting was called to order by then-Mayor James Schnell. Schnell presented an award to City Councilwoman Ann Warner in appreciation for her eight years on the council. Warner did not run for re-election in the November election.

"It has been a privilege and an honor to serve this community, it has been a wonderful experience," Warner said.

Warner spent eight years on the planning commission and then another eight on the city council. Her hopes for the council include tha...