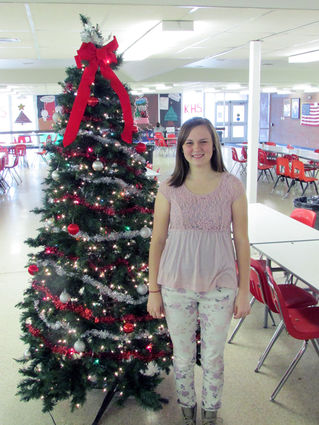 Kallie Bush, above, was named the Lions Club Student of the Month for November.

Kallie has participated in many activities throughout high school. She has been playing clarinet in band since she was in 6th grade, and has received many "Superior" ratings at the District Music Concert. She has also played with several honor bands and has been involved in Show Choir for all four years.

Thus far, she has had a very good senior year. Kallie has been taking piano lessons for 10 years and loves being able to play. She has participated in One Act play and speech four years in a row, earning s...