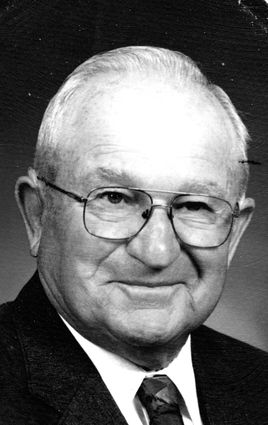 Burial was held in the Kimball Cemetery. Christian Wake Service was held at 7:00 p.m. on Monday, August 12, 2013 at the Cantrell Funeral Home in Kimball.

Friends may visit http://www.cantrellfh.com to view the obituary and leave condolences for the family. Memorials have been established to American Alzheimers Association. The services for Joseph have been entrusted to the Cantrell Funeral Home.

Joseph Rudolph Culek was born in Abie, Nebraska on March 16, 1924, the son of Josef and Marie (Kolar) Culek. He moved with his family to western Nebraska and received his early education at District 27 and then attended Pine Bluffs High School.

He enlisted in the US Army in 1944 and served his country during WWII. He was married to LaVon Bourlier in 1946. He farmed south of Kimball, a life he truly loved. Joseph was a member of St. Joseph’s Catholic Church and a charter member and past president of the Kimball Eagles. Joseph loved his kids and grandkids and was very supportive in their lives.